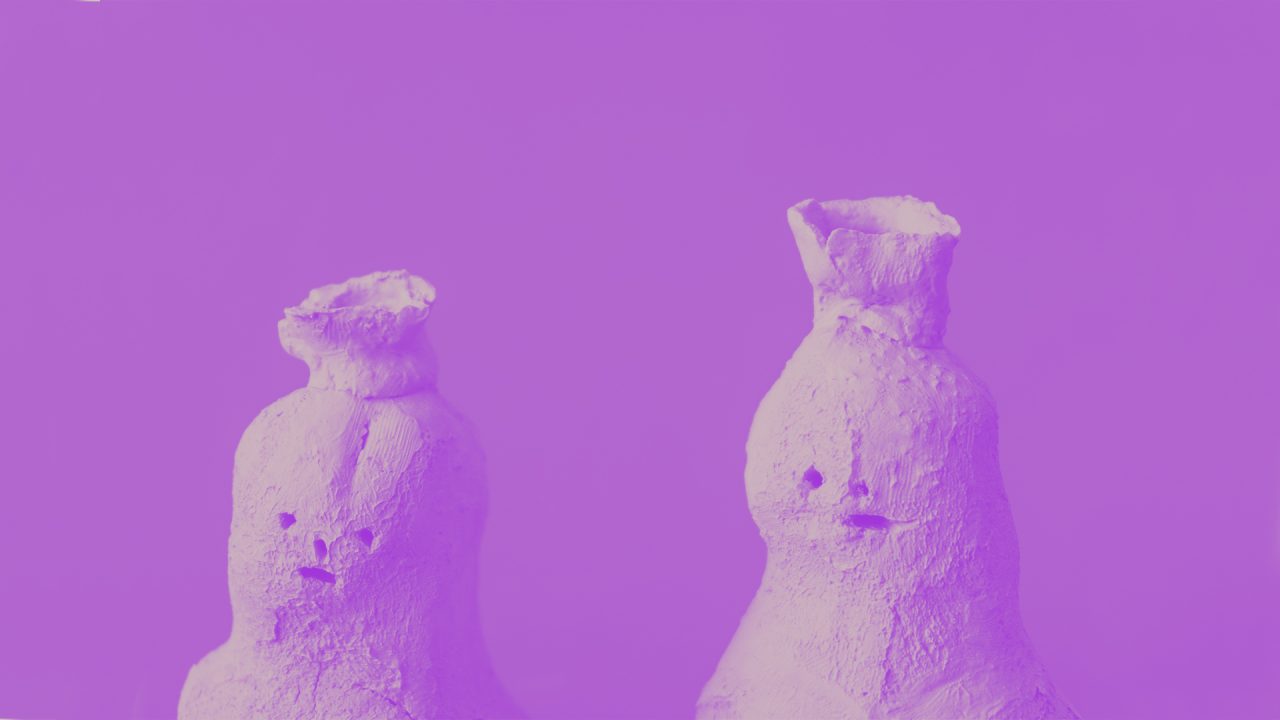 I sculpted action figures of the characters from the prologue to play with them to see if I would come up with ideas for scenes.

To complete the story of the prologue.

No ideas were coming to my head.

Physically play with figures in which I can project the characters to playfully put them through quick set ups.

Make action figures of the main characters in the story to play with them.

Note: The Queen did not even exist at this stage, so she is not among the characters.

Failure. I am all for silliness but so far I have not been attracted at all by the idea of lying down on the floor and playing with those pieces of Mesopotamian pottery. I guess I should. As I said in the bust experiment, placing the camera to feel compelled (and excused) to perform such silly act could be the way to go on this one as well. This is why it is important to write down this reports, man.

I am not always in the mood for silliness.

This was actually useful. They served as aesthetic references for the character design since I moved towards highly simplified characters, especially when they are seen from a distance.

Characters of the prologue in clay.