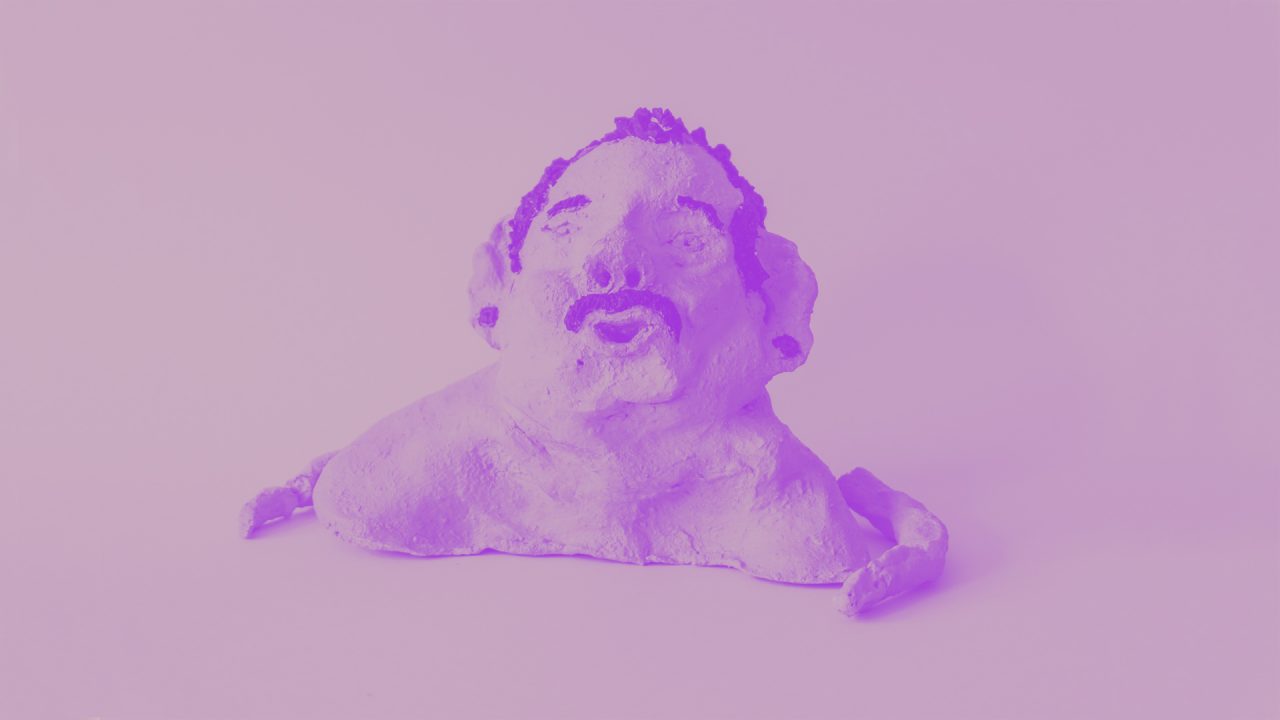 To finalize the first version of the screenplay for the prologue with Alejandro Bonilla Rojas right away.

Alejandro Bonilla Rojas became unavailable for the next couple of weeks.

To fabricate a bust of Alejandro Bonilla Rojas to socialize the screenplay with him.

Result
Unexpected. I had the best screenplay reviewing session, by myself, so far in the process. Not because I was able to put forward Alejandro’s potential feedback, but because I myself addressed it critically from a distance because I was socializing my thought process.

I usually go through it in my mind, but this time I spoke it out for the bust, which forced me to clearly and sequentially articulate my ideas. The presence of the camera was crucial for me to do it for real; to actually perform the act. Initially because the resulting videos would testify if I did it or not by heart. Then I realized that it was being useful, so I simply kept myself going, which was not difficult.

In the beginning I cracked a couple of jokes, and shared insights and references with the bust that I would have particularly shared with Alejandro Bonilla Rojas. Then it became more of a generic review of the screenplay, my projection of this bust being Alejandro decreased.

When I sculpted the bust, I had the impulse of placing a snake on its neck. I did so. Then I came back a few times to question the significance of this decision. Days later, while rewriting a scene, I unconsciously decided that Alessandro would make a tie out of a snake he killed for the Young Prince to wear around his neck. That dead snake evolved to a living snake that also lives around his neck, one that expanded the Young Prince’s competences.

The bust of Alejandro Bonilla Rojas in all its glory.

Excerpt of the videos of me talking to the bust for a surprisingly good story reviewing session.