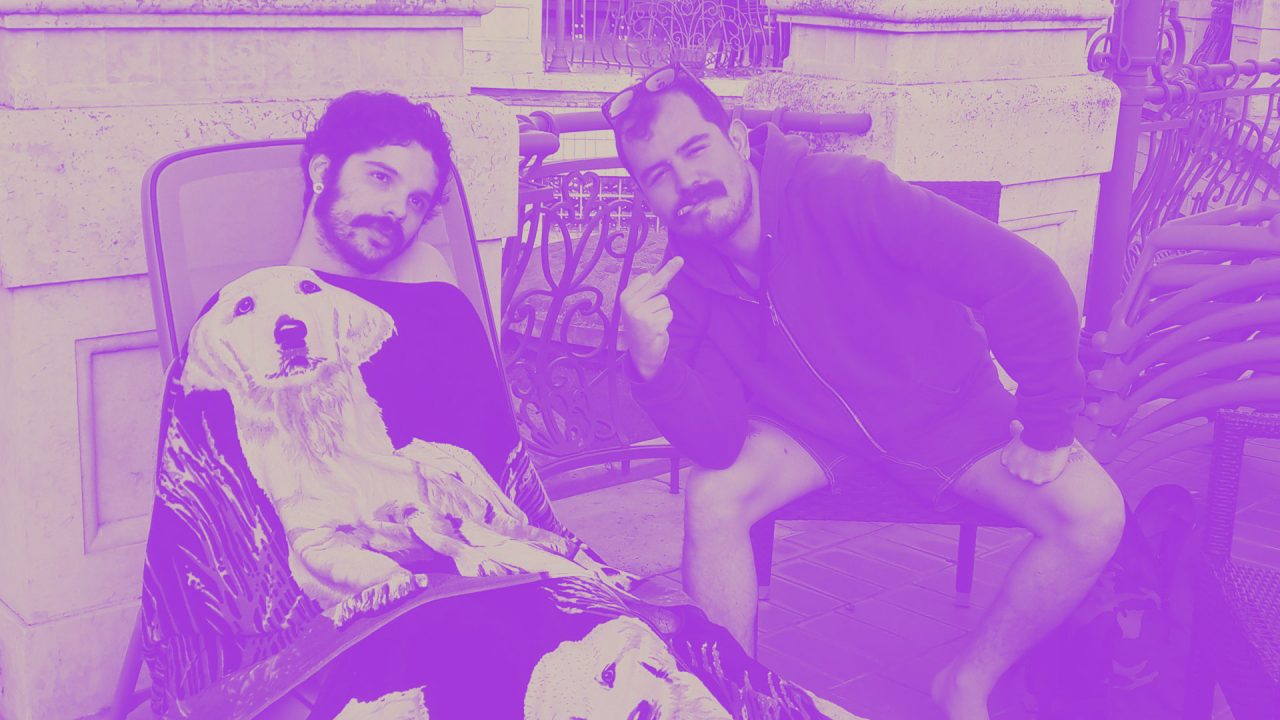 I went to Budapest with two peers to start clarifying the cultural context of the story.

To begin making clear the culture of the nation I was creating for the story, when I knew half of the story, to then review that first half and write the second half.

I needed to socialize the story but, since it emerged as a reaction to situations we had in class, I was not motivated to discuss it with my classmates.

I went to Budapest with two of my long term collaborators, the both of them visual artists and musicians, one of them is also an animator I hold in high regard.

To move back and forth from discussing about my story, shooting intuitive and playful material to discuss the story from, and sharing potentially useful references. I rented a studio so we would coexist closely for two weeks.

I had planned to develop our own culture in terms of traditions and beliefs. For instance, I wanted to define our highest values and sculpt the gods the embodied them. I wanted us to pray together to those gods three times per day. I wanted us to live this experience on a hyper orderly fashion since I designed this experiment when I had a large number of loose ideas and I was craving for order. Months later, when my peers came, I was in another stage, craving for chaotic exploration, so I got rid of the rigid structure and sadly but pragmatically archived this idea.

Positive but not immediate. The input I gathered from this experience started becoming useful from a distance, as I edited the film, but mainly when I waited a couple of weeks to watch it back. So the film was useful as a tool to reflect retrospectively. Other ideas I wrote down then, became useful later in the process to think of new experiments like the one in which I commissioned Fabrizio a song.

I can be socially inept, usually by not filtering my speech and erratic actions to sufficient degrees. Sometimes on purpose, sometimes by miscalculation. That can be both productive and counterproductive. By reflecting on this experience I came up with a more clear idea on how to guide a creative process which involves peers. When and how can a leader be erratic and chaotic to promote exploration, and when and how should he become clear and orderly to provide clarity, structure and confidence that the experiment is on track. This of course relates to the question of how should an individual negotiate himself with the societies he takes part on. How and when to reveal what is in his mind, if necessary.

I defined the geographic conditions of the civilization, which ended up affecting the story. For instance, the main character lives in an island that belongs to a kingdom. The island is barely connected to the mainland by a bridge that is permanently being reinforced. If the bridge collapses, the island would get isolated. This condition creates dramatic tension and ends up defining the end of the story: the insurrection happens, it is not clear who won, but they die as well, in isolation.

Another form of progress was to depict some potential endings I had been playing with mentally. By doing so, I was able to criticize and discard them; though some ideas prevailed (like the revolution actually taking place.

Notebook I carried in Budapest. Some annotations came after the trip.

The following video is a subtitled excerpt of the diary I kept in Budapest.

The clip below is the full version of the diary with not subtitles.