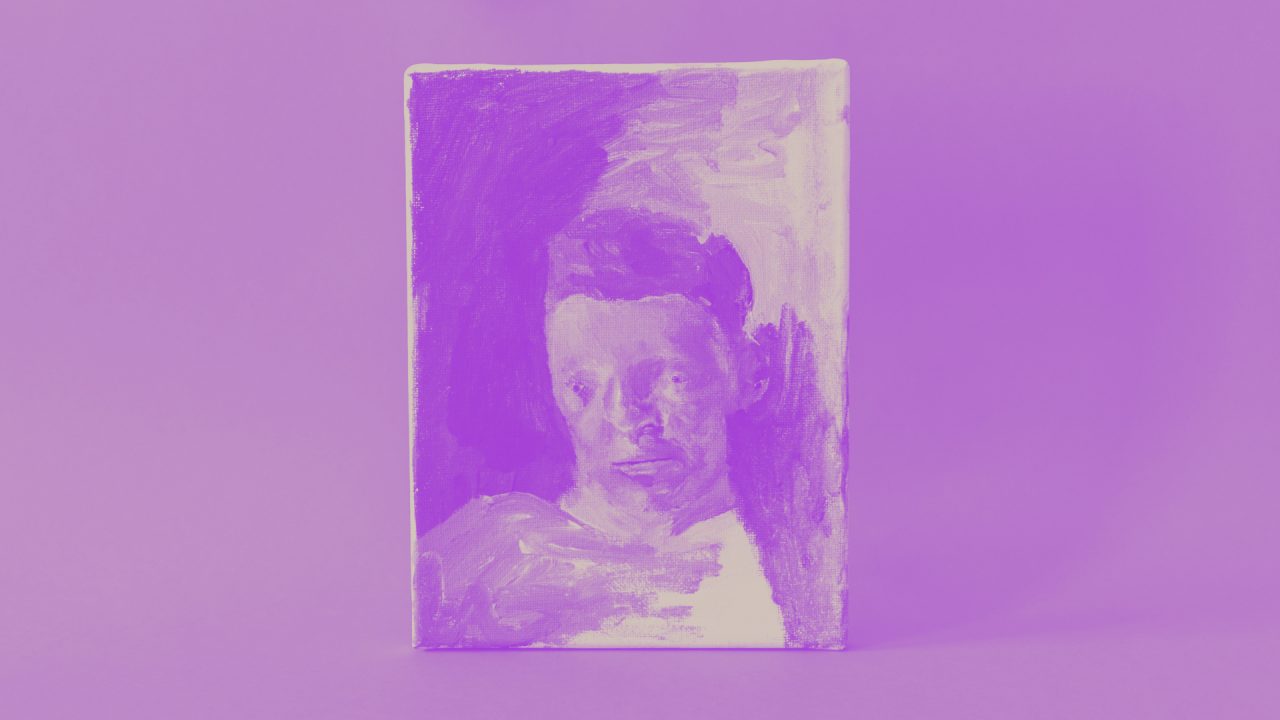 I painted three portraits of Fabrizio, the main character of the story, so I could get to know him better.

To finish a first draft of the outline.

I lost clarity on the personality of the main character, Fabrizio, so I could not tell how he would react to certain situations.

To paint a portrait of Fabrizio in order to extract the necessary information from it.

Positive. I was able to get a more clear idea of the character and subsequently move forward with the synopsis.

As I kept writing, I had to renegotiate some aspects of his biography and personality, otherwise he would be too weak and passive. So the experiment did not serve the purpose of defining him, but of putting forward possibilities and modulating them.

Fabrizio, while remaining fearful, became a more active character. Also, I better understood what was common and contrasting between Fabrizio and his antagonist, the box with wheels.

The three portraits of Fabrizio.

In the upper section of the notebook you can see where I concretely defined the personality of Fabrizio (the main character in the story) and the box, one of his antagonists (Alessandro and Fabrizio’s wife play this role as well). Since they should act in opposition, it was important for me to be able to see both graphs, to adjust metrics. I should follow up this idea. 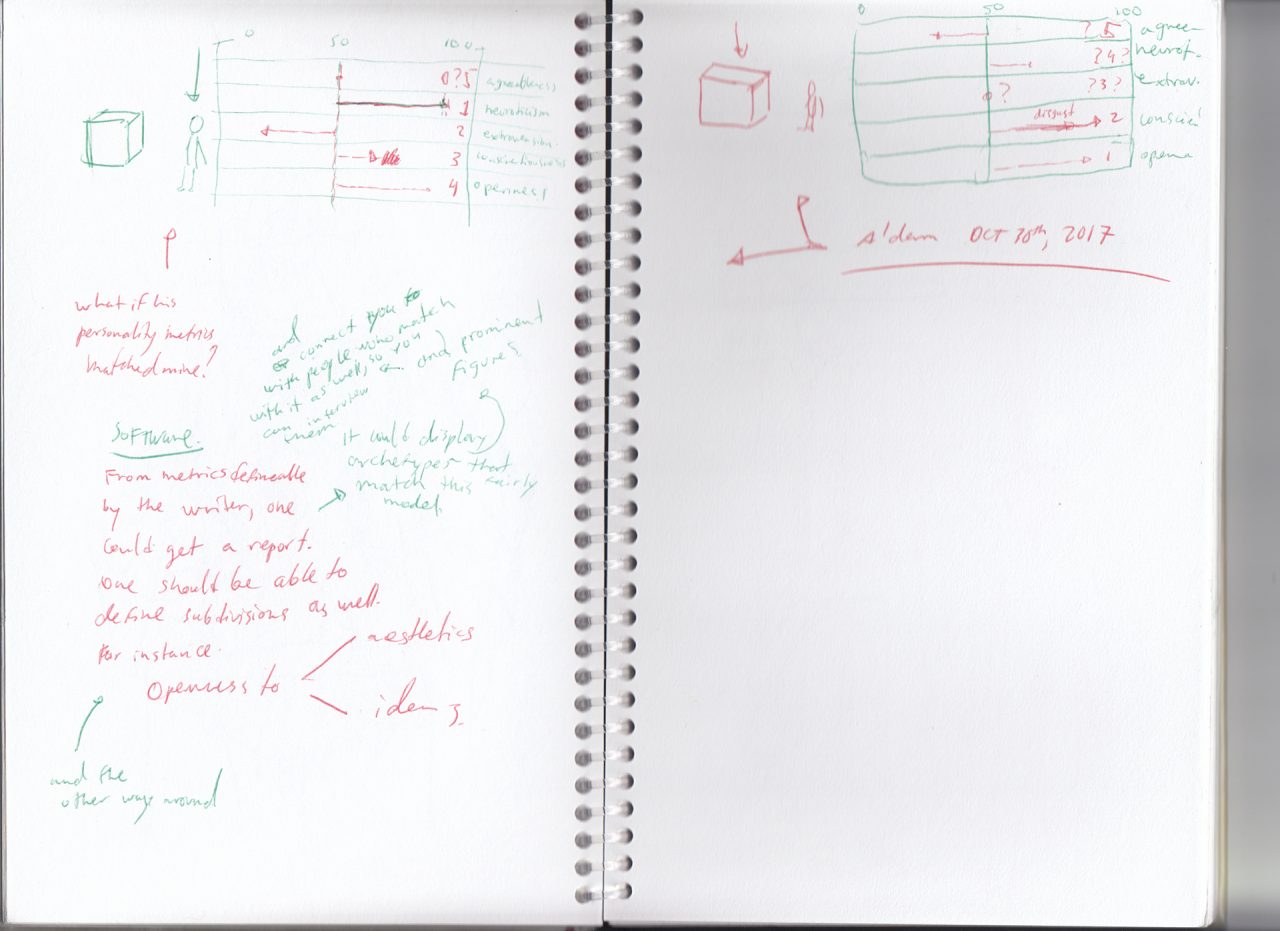